At GIOIAeat,
Italian Restaurant
and Italian Pizza,
we love what we do.

Once more, we created a brand-new restaurant concept. Those who value the principle that everything is possible motivate those who prioritize using high-quality ingredients and thoughtful meal preparation over financial success.

We assembled a team of chefs to produce meals for food maniacs, vegetarians, vegans, celiacs, people following the ketogenic diet, and people who are intolerant to dairy.

You can find it all at GIOIAeat!
Best Gluten Free Restaurant and Gluten Free Pizza in Hollywood, FL

Our Italian Restaurant has a wide selection of wine and and amazing cocktail list! We are ready for parties, catering, full catering, and events.

Our Outdoor Garden Terrace can easily be arranged to fit your Outdoor Parties needs.

GIOIAeat is also the headquarter of the prestigious Accademia Pizzaioli, the Premier Pizza Maker School in USA. We focus on forming professional pizza makers, but we also do amateur classes, and kids classes.

Master Pizza Chef & Acrobatic Pizza World Champion Massimiliano Stammerra’s family opened the first restaurant, named Capri, in 1991 in a small town known by the name of Racale, in the south of Italy.

In 2005, Massimiliano, with his new intriguing and adventurous style of cooking, started his own venue in Gallipoli, a beautiful city in the province of Lecce, Salento, Italy.

After years, specializing in his unique style, in 2018 he moved in Miami Beach, opening the new restaurant and pizzeria Capri New Style Miami. 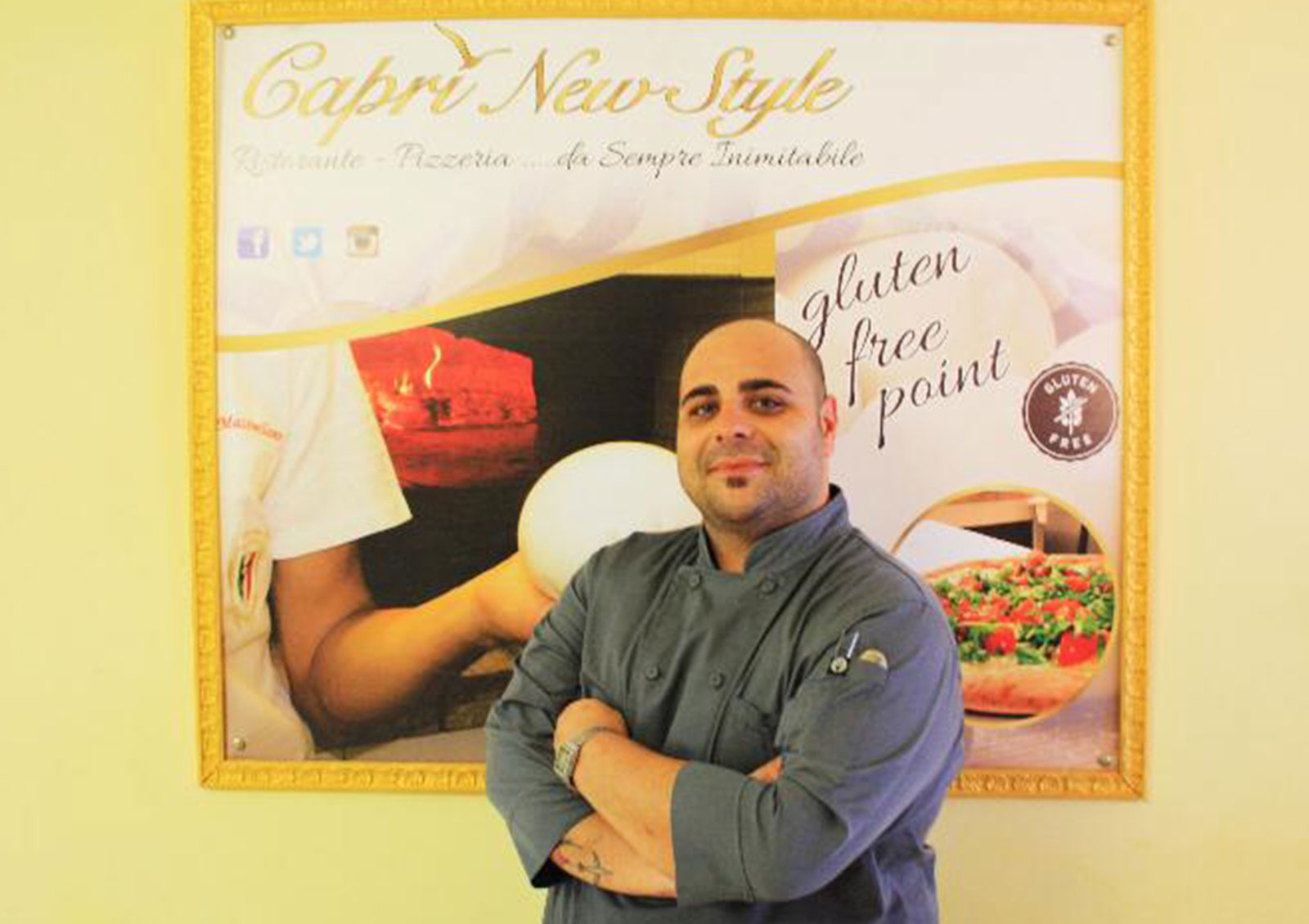 Master Executive Chef Giovanni Orifici, from the small city of  Paternò in Sicily, Italy, started young working in a hotel in town specialized in catering for events and parties.

He made other experiences in Italy and than started bringing his experience abroad. Tunis, Brasil, Dubai UAE, Sidney Australia.

Worked with the 2 Michelin Star Massimo Montarro as Sous Chef for 3 years and in 2018 moved to Miami Beach with Massimo Stamerra to open Capri New Style Miami.

We Have Many Years of Experience in the Field

GIOIAEat is a brand-new restaurant by world-renowned chef Massimiliano Stamerra. The pizzeria offers a traditional, modern pizza, with special considerations made for vegan, ketogenic, vegetarian, and dairy intolerant eaters. With over 48 specialty flavors and alluring new delicacies like the “Keto Pizza,” the restaurant has caught many people’s attention.

Massimiliano Stamerra is pleased to provide his fans with an abundance of specialties at competitive costs. With much more to come, this is just the mere beginning of the long history awaiting GIOIAEat.

GIOIA EAT HOLLYWOOD. FL is the latest addition of the network of Capri New Style restaurants.